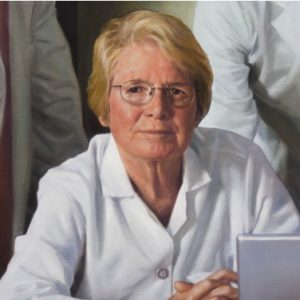 Born and raised in Boston, Dr. Donahoe completed her undergraduate degree at Boston University, an M.D. at Columbia College of Physicians & Surgeons, and her surgical residency at Tufts New England Medical Center. Following Chief Residency, she did research in the laboratory of Dr. Judah Folkman at Boston Children’s Hospital, and a clinical fellowship with Dr. Hardy Hendren at Massachusetts General Hospital (MGH), before completing Registrar and Senior Registrar posts at Adler Hey Children’s Hospital in Liverpool under Professors Peter Rickham and Herbert Johnston.

Dr. Donahoe was then invited to join the Department of Surgery at MGH in 1973 and, 13 clinical and research years later, became the Marshall K. Bartlett Professor of Surgery at Harvard Medical School. She served as Chief of the Pediatric Surgical Services from 1984 to 2003 and has continuously served as Director of the Pediatric Surgical Research Laboratories from 1973 to the present. Dr. Donahoe elected to fellowships in the National Academy of Sciences, the National Academy of Medicine, and the American Academy of Arts and Sciences. She has served as President of the Boston Surgical Society, New England Surgical Society, and the American Pediatric Surgical Association.

Dr. Donahoe’s surgical contributions have been in pediatric urological and tracheoesophageal reconstructions. Her research has primarily focused on sex differentiation, the purification of Mullerian Inhibiting Substance (MIS) protein, the cloning of the MIS gene and its recent modification to produce a bioactive analog, the scale of the MIS analog, and its use in defining the functional role of MIS in development, cancer, prediction of ovarian reserve, and oncoprotection. More recently, she has also focused on congenital birth defects, specifically on the genetics of Congenital Diaphragmatic Hernia.

Her research has been continuously funded by the National Institutes of Health since 1976. She has authored over 300 peer-reviewed publications and has trained and mentored over 100 fellows in her laboratory.